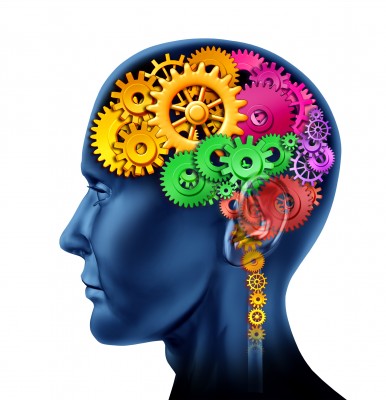 Your brain is like a muscle and the more you use it, train it and exercise it, the better your productivity levels will be in turn making you more efficient in performing certain tasks.

Our daily use of technology may help us get our jobs done. But it may not necessarily boost our brain productivity. In fact, several studies prove the more connected we find ourselves with the rest of the world, the more impact we can have on our stress and anxiety levels on a daily basis which can abate our brain productivity levels. Hence, maintaining our psychological well-being is just as important and should become an essential part of our routine.

Brain teaser apps may not necessarily make you smarter or happier as noted by Perry Santanachote in this Huffington Post article but they are designed to improve brain function which helps elevate your psychological and emotional state of mind.

There are several brain teaser apps in the market – here a few to start training your brain with!

“Players encounter two animated characters in a field of grass. One of them looks calm and friendly, while the other looks angry. Soothing music plays in the background. When one creature burrows into the grass, players must follow the rustling leaves and trace its path. It’s not quite as exciting Flappy Bird, but the researchers found that it helped anxious people. We tried it out, and found that focusing on keeping track of those sprites was more challenging than we initially expected.” Maanvi Singh, NPR

“Happify’s activities and games are based on a decade’s worth of cutting-edge research by psychologists and neuroscientists from leading academic institutions around the world. Our proprietary framework is designed to train your brain and help you build skills for lasting happiness—delivering effective and measurable results.” Happify

“Like Lumosity (which is not free after 5 sessions), Brain Trainer Special is aimed at honing different brain skills. But it is much simpler in design and has fewer games. It is also less structured. You could choose to play the analytics game, where you have to spot the missing number in a sequence, many more times than the “phone numbers” memory game. A bar chart tracks your previous scores so you can see your progress. It’s more fun than Lumosity — maybe too much so. It feels more like a game than serious mental exercise, and that might not suit your tastes.” Kit Eaton, NY Times

“Its games and puzzles aim at stretching and improving your mental agility, lead you through various tasks. Observation, estimation and mental math skills, for example, are tested in a game where drops of color fall down the screen into graphical paint tins. When time runs out, you tap to indicate whether one tin caught more, less or the same number of drops than the other.” Kit Eaton, NY Times

Also check out the following article 10 best apps to train your brain on CNN for more app suggestions.

One thought on “Train Your Brain”