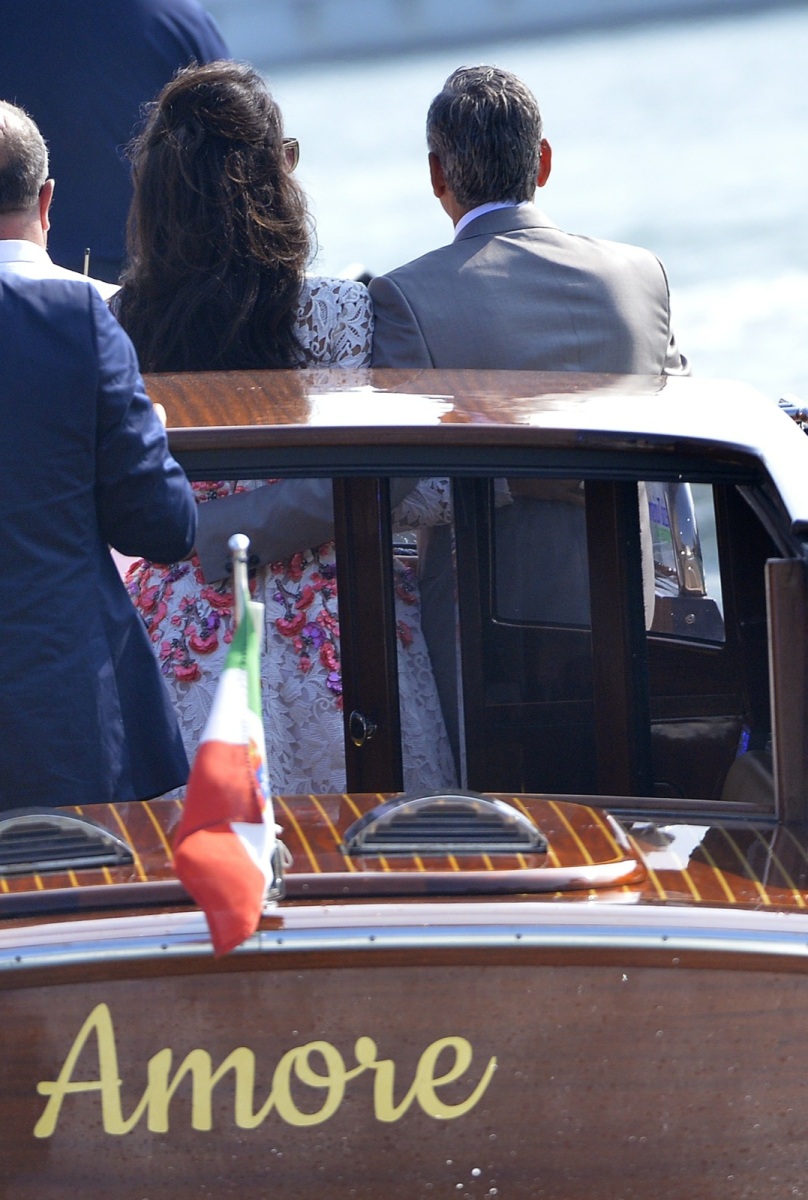 US actor George Clooney and his wife Amal Alamuddin stand on a taxi boat called “Amore” on the Grand Canal on September 28, 2014 in Venice. Hollywood heartthrob George Clooney and Lebanese-British lawyer Amal Alamuddin married in Venice on Saturday September 27, 2014 before partying the night away with their A-list friends in one of the most high-profile celebrity weddings in years. “George Clooney and Amal Alamuddin were married today (September 27) in a private ceremony in Venice, Italy,” Clooney spokesman Stan Rosenfield said. The announcement came as a surprise as the pair were not expected to officially tie the knot until Monday, though they are still tipped for a civil ceremony at the town hall to officialise the marriage under Italian law. AFP PHOTO / ANDREAS SOLARO (Photo credit should read ANDREAS SOLARO/AFP/Getty Images)