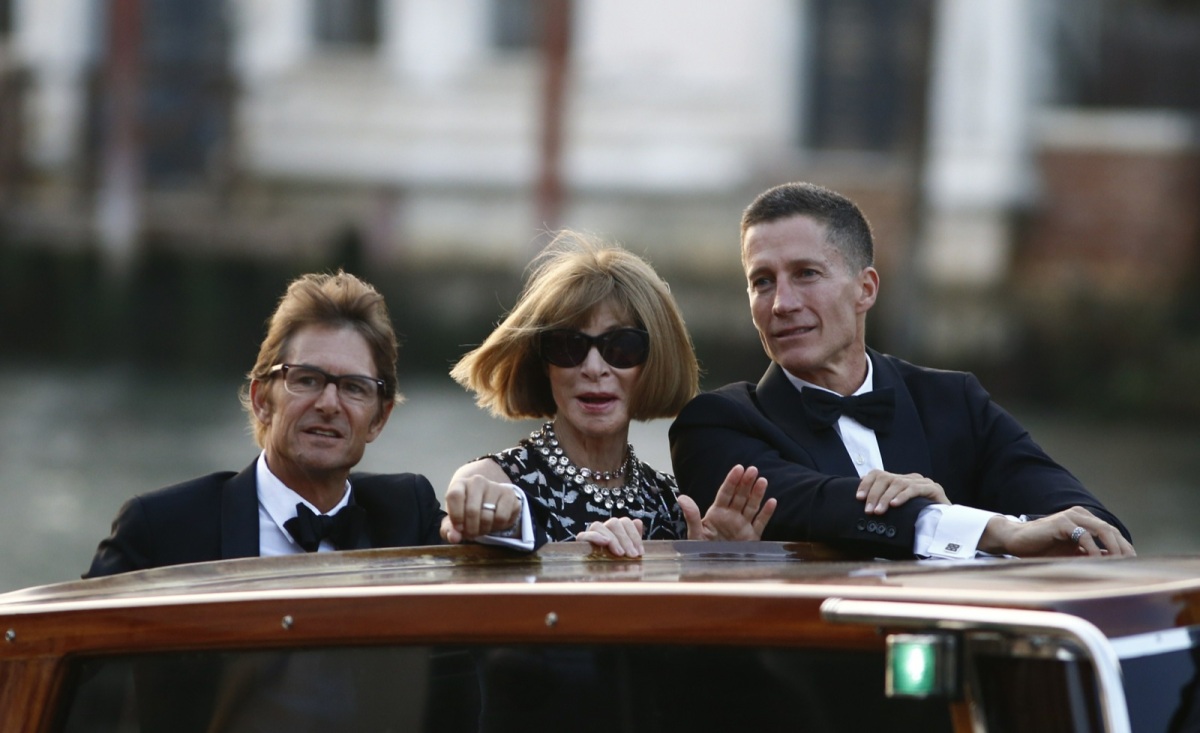 Anna Wintour (C) and Bruce Bozzi Jr. (R) arrive at Palazzo Papadopoli, Hotel Aman, on a taxi boat on September 27, 2014 in Venice where Clooney and British fiancee, Amal Alamuddin celebrate their wedding. George Clooney has said goodbye to bachelorhood in Venice with a stag party at his favourite restaurant with Hollywood chums, and was gearing up for a day of glamourous pre-wedding celebrations. The actor had swept into the floating city yesterday with his British fiancee Amal Alamuddin on a watertaxi dubbed “Amore”, zipping up the Grand Canal to cheers from fans at the start of nuptials set to draw out over the weekend. AFP PHOTO / PIERRE TEYSSOT (Photo credit should read PIERRE TEYSSOT/AFP/Getty Images)